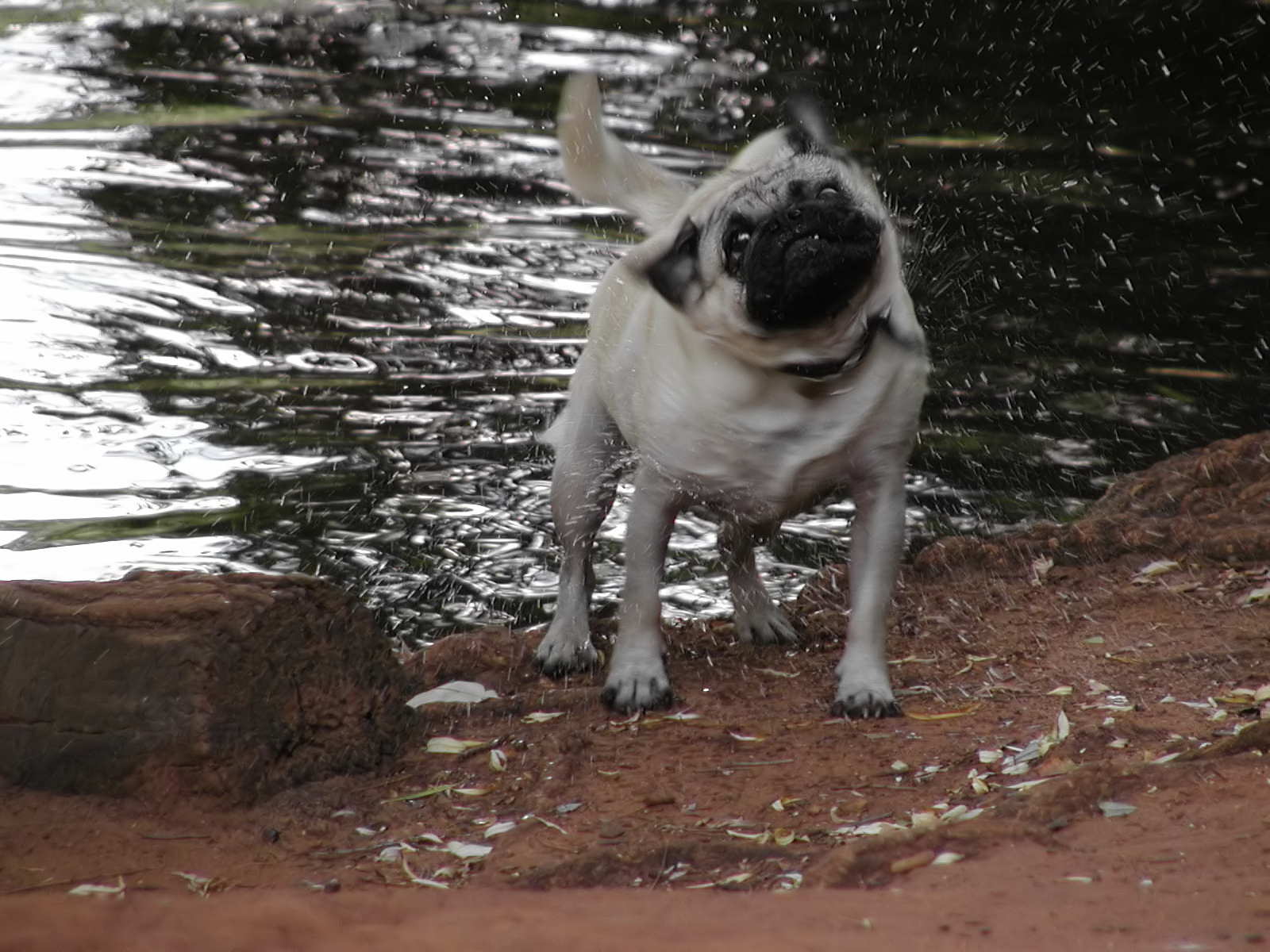 This morning I took my dog out for her walk as usual.  As we arrived at the field in front of the wood, we watched a friendly dog and her owner.  The little dog was running around, totally ignoring the calls of her owner, and then spotted another dog and went careering over to say hello.  “It’s OK, she’s friendly!”  shouted the owner and walked away, calling her dog.

Eventually, her dog returned to her but immediately ran back to the other dog.  At this point, the other dog’s owners were obviously getting a bit fed up and had recalled (successfully) their dog and had it close.  Finally, getting no interaction, the little dog ran off towards her owner.

OK you might think.  Where’s the problem?  Bear with me.

A bit further on in the woods, we met the little dog again.  Gorgeous, friendly little dog, couldn’t wait to say hello again…….and jumped all over me.  With very muddy feet.  Unfortunately, this morning of all mornings, I didn’t have my dog walking stuff on so the muddy foot prints happened to land on my nice clean outfit.  Which annoyed me and led me to complain to the owner, quite reasonably I felt.  But apparently not.  As I was on a dog walk, I was told that I should expect this to happen. Now, you may or may not agree with this, but apart from the annoyance caused to fellow dog walkers, there are more implications to this dog’s uncontrolled behaviour.

It’s not just a dog walk and some people are afraid of dogs.

The area that we walk in is used by a variety of people, including dog walkers.  It is also used by non-dog walkers, by school groups and by families.  So imagine the same scenario with the friendly little dog meeting mum and her toddler.  Dog runs up to say hello and jumps up at the toddler.  Who, let’s say, is frightened of dogs.  So, notwithstanding the fact that the toddler is now covered in mud, has possibly been knocked over, he’s also screaming in fear because the dog has jumped straight into his face.  Even though she’s friendly, it’s not OK.  This brilliant blog post gives some more reasons why some people are afraid of dogs http://wrongguytoask.blogspot.co.uk/2013/02/some-people-are-afraid-of-dogs.html. This dog’s uncontrolled behaviour could create a real problem for someone.

Let’s also not forget the recent amendments to the Dangerous Dogs’ Act which could allow someone to bring a prosecution against the dog’s owner for having a dog that is “dangerously out of control”.

Every time a friendly dog that has little self-control runs up to another dog, particularly to a dog that struggles with its own social interactions, there is a risk that the recipient feels the need to practise and rehearse behaviours that their owners would rather not see.  These are largely normal canine communications, but if these are ignored, the recipient may well have to escalate his responses in order to make himself understood.  The more often a behaviour is rehearsed, the more likely it is to happen again in the same situation, resulting in a dog who begins to respond inappropriately immediately.

Potential for serious injury to the friendly dog.

The earlier scenarios in the field could have ended very differently.  Imagine that the first dog was recalled to the owners because he struggled to interact with other dogs (perhaps he’s frightened or anxious).  Or that our friendly, uncontrolled little dog had rushed up to a dog that was on a lead because his owners were aware of his difficulties in interacting with other dogs and had responsibly decided to manage the situation this way.  Or again, that our recipient dog has repeatedly been harassed by a friendly dog.  It is not unlikely in these situations that the friendly dog could find herself in real trouble and even suffer serious injury.  It doesn’t happen often, thankfully, but it does happen.

If you need help controlling your friendly dog, contact me at AbbeyPet Animal Behaviour or by email abbeypetabc@gmail.com.

Jo has helped me so much, I started with a dog which barked at any other dog and have ended up with one which can walk passed a dog who is barking at her and doesn’t even bark back! I was nervous about taking Jess out for walks but now I enjoy it. Jess is calmer and happier and so am I. Couldn’t recommend her enough.

What you have taught me has been brilliant and I will continue with your work. Pepper has been a lot better and you have helped us greatly ……….Your knowledge has been invaluable.

We really enjoyed the course and we all benefited. We will work on all those thing,the loose lead walking is going particularly well.

Hi Jo, thanks for everything. Minnie’s walking just fine now at Dalby, really enjoying herself !!

Things are progressing with Frankie. It is a slow but steady progress and his training is continual. We have seen a marked improvement at home and out. J has really taken it on board with the training and Frankie responds well…….. We went away for a week over the bank holiday time very busy with families and dogs. However out of that time we only had two incidents which were on the same day and we could identify what had triggered it ………
Overall we are very happy especially with his behaviour  at home he is so much more relaxed eating with everyone, playing with Melvin which he really didn’t do and doesn’t need Benny around him all the time. Frankie will never be perfect around other dogs but we feel we are controlling his behaviour and making him a happier little dog and us as well.
Thanks again for all your help and support.
B.G., Bridlington

We found the session super useful and are very positive about moving forward.

We use cookies to ensure that we give you the best experience on our website. If you continue to use this site we will assume that you are happy with it.Ok